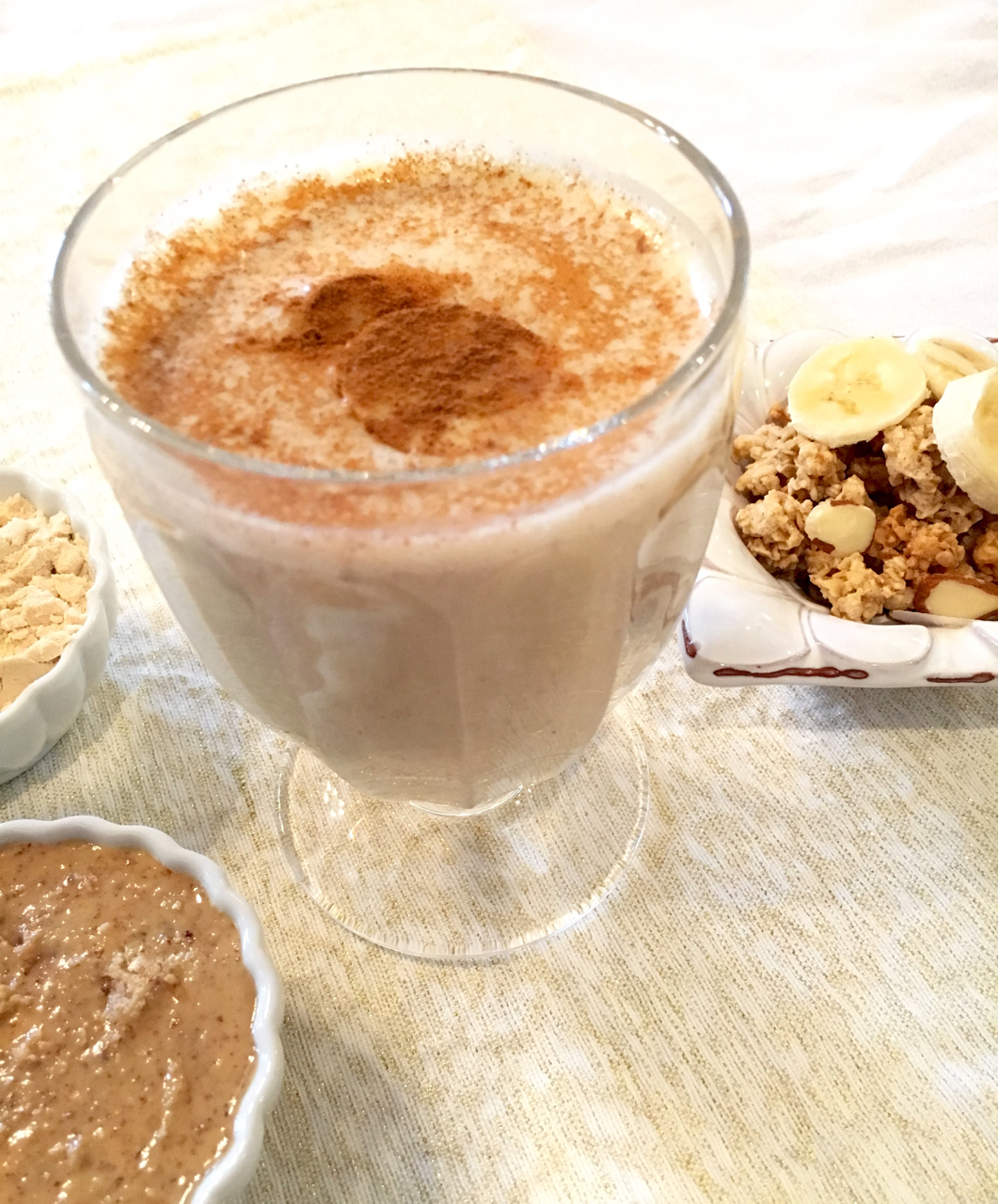 Frozen bananas are a staple in my freezer, as are frozen pineapple chunks. That said, you’ll need a high-powered blender (this is the brand I use!) to whip up all the frozen components of this smoothie.

Rather than throwing all the ingredients in the blender at once and then hitting the switch to blend, I’ve found that blending in stages yields the best consistency. Here’s how I blend mine: 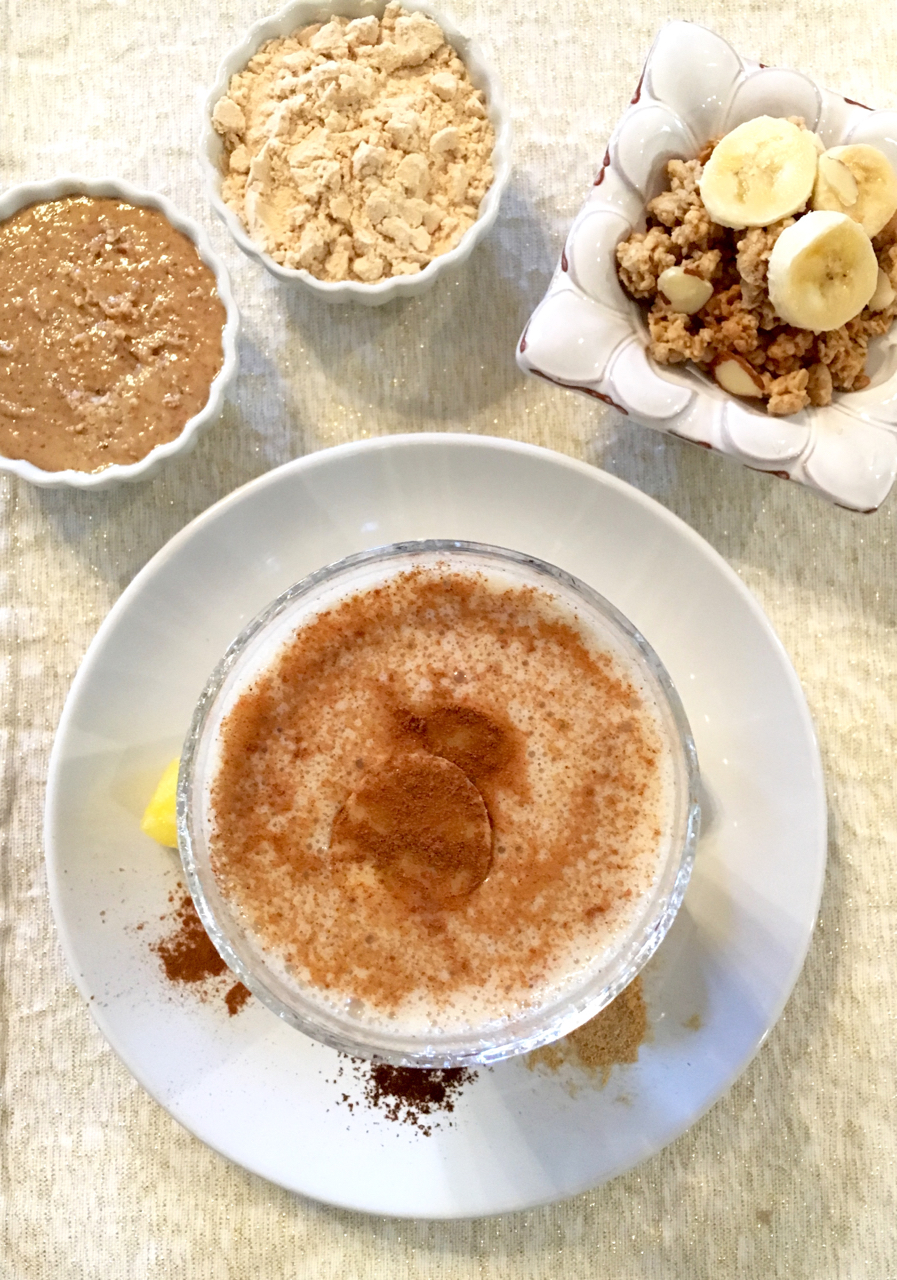 Then add flax seed oil and almond butter; blend again. This is my favorite flax seed oil. I like to use oil rather than flax seeds because it’s more easily digested and I can also use the oil to make healthy salad dressings.

Finally, add frozen banana and pineapple chunks and blend on high until frozen bits are obliterated.

Since I make smoothies daily, I keep an abundance of frozen fruits in my freezer. For fresh fruits that are in season and that I want to freeze, or like bananas that I peel and break in half, I use these silicone reusable ziplock bags. Money-saver and eco-friendly! 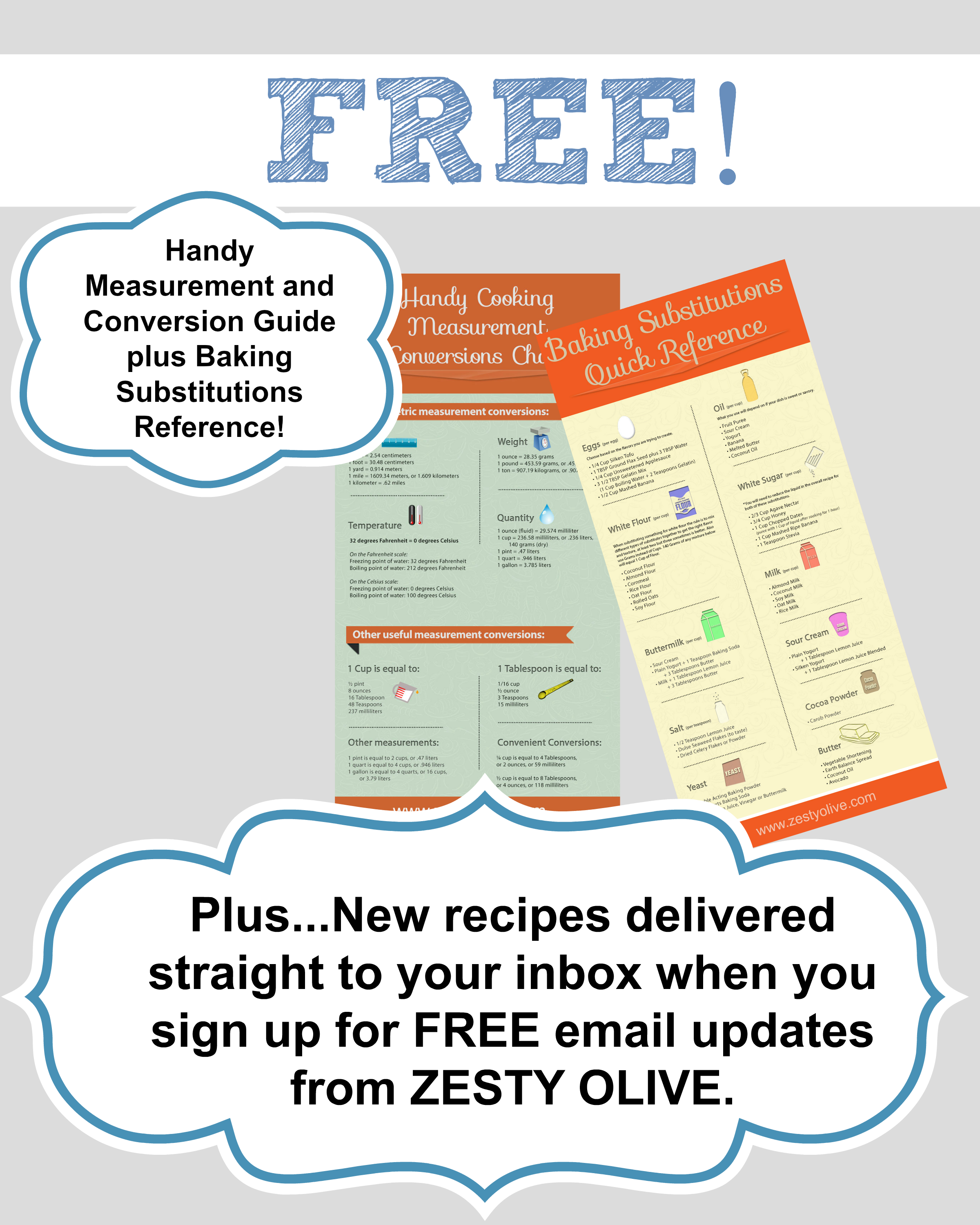